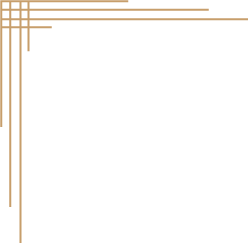 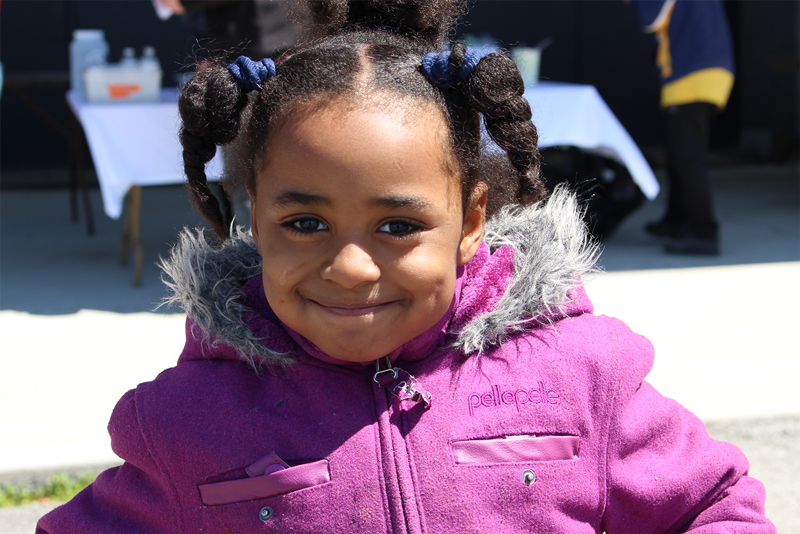 The Terminal is a singular catalytic opportunity to ignite a shared vision for a new future rooted in equity, where the rising tide of investment, innovation, and opportunity can be formed and realized by the very people who have made the community what it is today.

The future of the Broadway-Fillmore neighborhood and the Buffalo Central Terminal are undeniably tied together. Broadway-Fillmore is welcoming, hopeful, and striving—despite having a legacy of disinvestment. Founded by Polish and German immigrants, Broadway-Fillmore has transitioned to primarily African American residents and now a growing international contingent of, among others, Bangladeshi, East African, and Caribbean immigrants. Today, the diversity of the neighborhood only continues to grow, with especially notable growth of Asian and Latin communities.

Over the course of the last year, we completed a community-driven master plan for the re-establishment of the Central Terminal as a local and regional destination for year-round arts and cultural events. A tenet of the Master Plan was the importance of genuine community engagement—steeped in listening through well attended public meetings, Community Advisory Group (CAC) meetings with resident leaders, focus groups, and web-based activities. This resulted in a strong, phased guide forward rooted in an understanding of community values.

Community Placemaking on the Great Lawn

The Buffalo Central Terminal received a Community Placemaking Grant from Project for Public Spaces to transform the Terminal’s Great Lawn from an under-designed, grassy lawn into a highly activated green space for the sharing of civic experiences.

Our community-driven Master Plan calls for the early activation of the Civic Commons, a collection of spaces both inside and outside the Buffalo Central Terminal that will be preserved for year-round public gathering and the sharing of civic experiences. The early activation of the Great Lawn is the first step in engaging Civic Commons. Placemaking on the Great Lawn will create a welcoming entry to the Terminal as a place for neighbors and visitors from near and far.

In 2021, together with the community we created a shared vision for the future of the Terminal. Through a year-long, community-driven Master Planning process, we developed the most in the most in-depth guide for the redevelopment of the Terminal ever created.

Genuine community engagement and listening was a pillar of our Master Plan process. A cornerstone of this engagement was the creation of our Community Advisory Council (CAC). This 25 member group was composed of Broadway-Fillmore residents (a majority of the group) as well as other neighborhood stakeholders and leaders. CAC members participated in six meetings throughout the planning process.

We continue to connect with CAC members as we begin to implement the Master Plan and develop the Terminal as a lasting cultural and economic hub for the community. 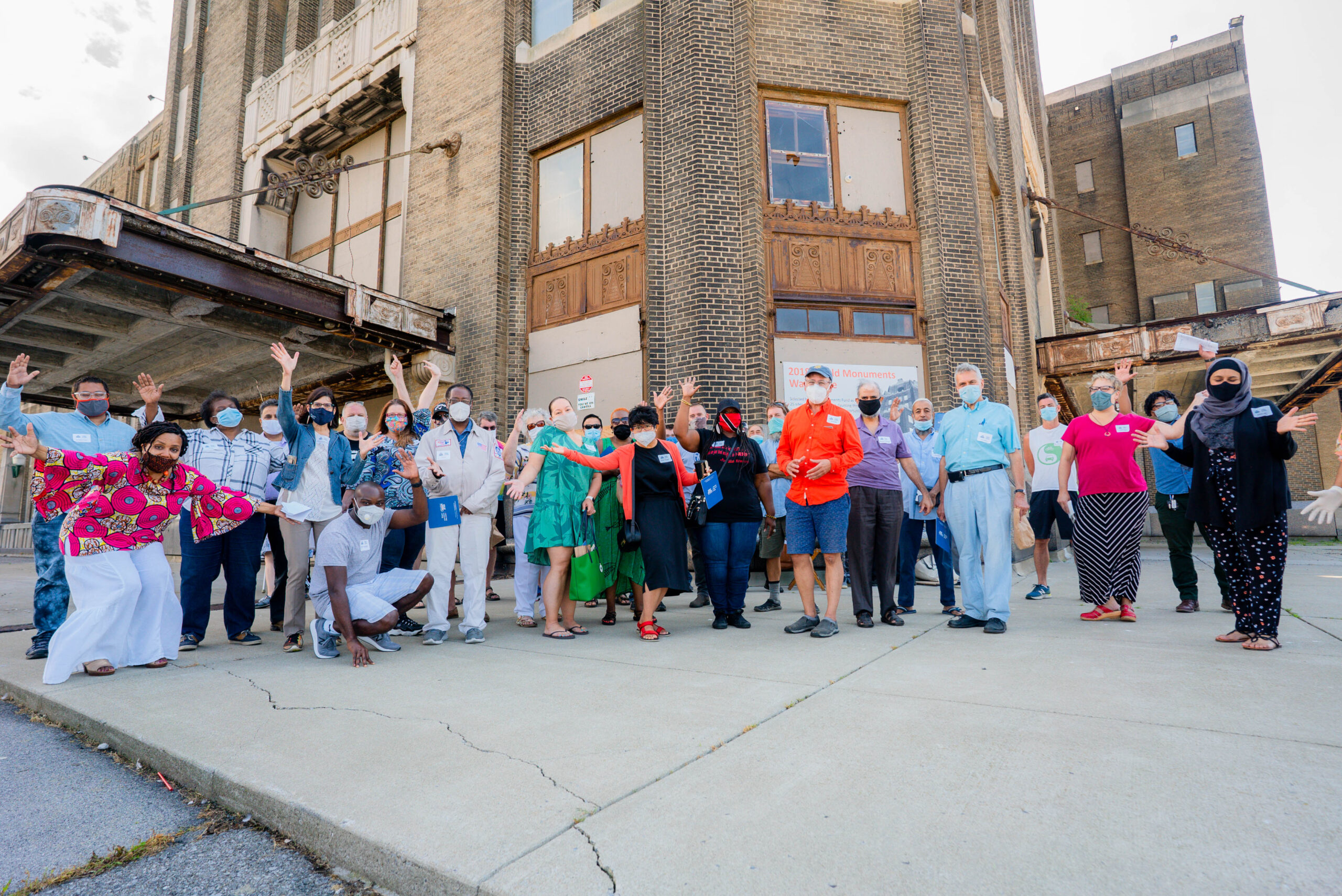 The Urban Habitat Project (UHP) at the Buffalo Central Terminal is a 3-acre demonstration of green infrastructure for manage stormwater, urban ecology, and carbon sequestration. The site absorbs approximately 320,000 gallons of stormwater runoff from adjacent streets and redirects it to the site via adjoining bioretention cells. The project includes native plant species selected to promote soil remediation and enhance biodiversity of birds, insects and mammals. 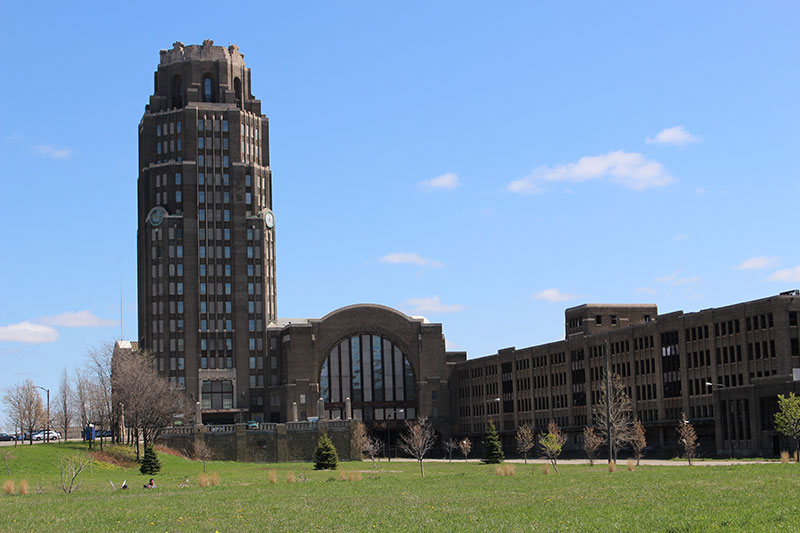 Since 2009, the Central Terminal has hosted a nest box for peregrine falcons. In 2010 working with NYS Department of Environmental Conservation, a nest box was installed to maintain a safe habitat for these threatened birds. The CTRC is proud to host one of several nest boxes in WNY to support a threatened population. Over 25 peregrine falcons have fledged from the Terminal’s nest box and can be found as far away as Toronto and Rochester. 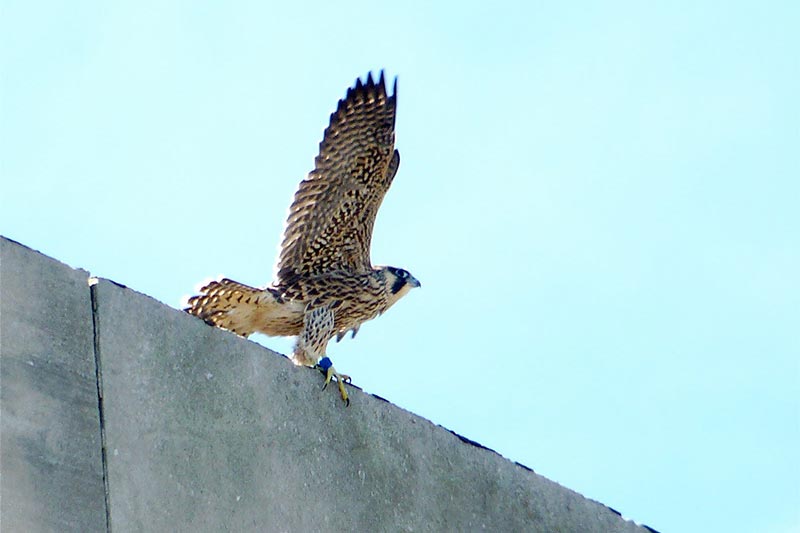 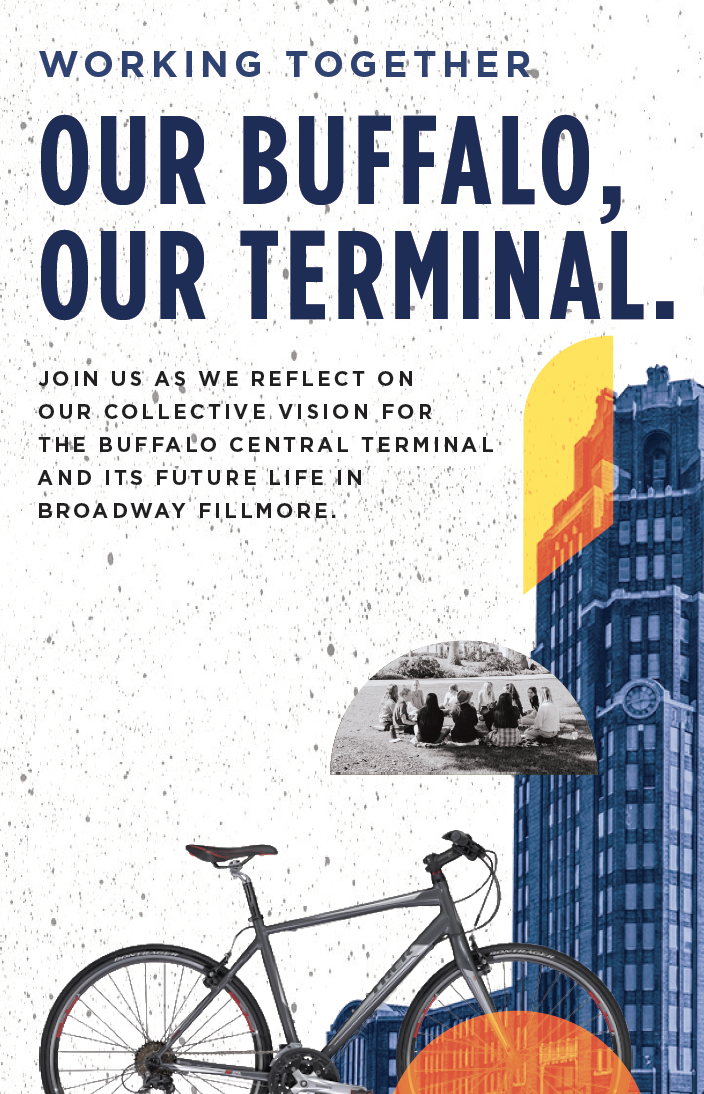